The Gamebuino META is an Arduino-compatible handheld that runs on a 48MHz ARM chip with 32KB RAM and a low res 16bit color screen. I received one of the early dev units in December, and made a small space shooter game called Defend Pluto in time for launch in early 2018. 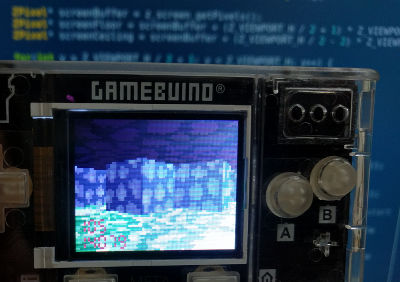 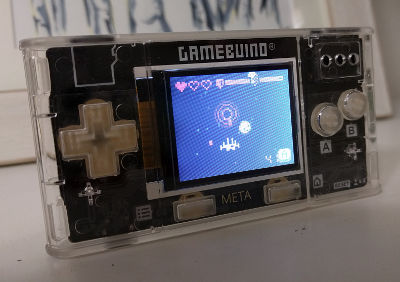 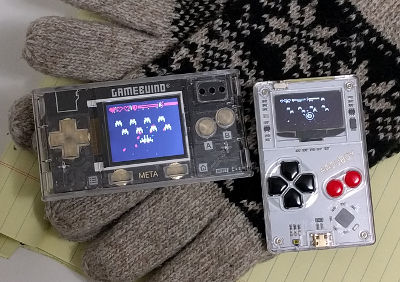 Trap75 is a space-capture game. The goal is to capture 75% of the screen area and not get hit by moving objects.

Wait for that perfect timing.

360-degree snake game, eat all the apples without hitting yourself or any walls. Unlock all 32 levels!

#defend-pluto Beta 2 | Back to Top

Old-school vertical space shooter, version Beta 2 with 5 levels. The full game is a work in progress and will run on other platforms too.

Use your shots judiciously, and wait for your energy meter to recharge.